I received a lot of questions. I like when people are curious about my work and ask questions. If they do so, it means they thought a moment of my work and wondered things. I really like this.
First, I want to inform that the Online Store will be online on THIS site when I will officially open Miss Humpty Dumpty’s preorder, and request the deposits. For now, 46 Miss Humpty Dumpty are reserved, so I advise those who are interested in her to email me at twarkzit@hotmail.com to be on the list of her preorder to be sure to have a seat booked as it’s based on : first arrived, first served.
Now about the layaway plans and other technical details :
I cannot today give the FINAL price of Miss Humpty Dumpty because I will get the exact price of her production from my manufacturer only when he will have it in hands. I can say NOW, that she will be a little more expensive than Aleah as she is VERY MUCH chubbier, a little taller too. (Photos in this post to show comparison between the dolls.) So for now, I can only say that she will be AROUND 450$… I will as usually make the cheapest price I can for her as you know I always do so.
Do I plan to make other heads to go with Miss Humpty Dumpty’s body? YES. I have a big plan, a sort of very limited characters series for this body. Very soon you will know more about this. Also, all my collectors who adopt an Humpty Dumpty will be allowed to buy only the new faceplates and not the full doll if they don’t want to.
About the layaways : for those who have purchased Aleah, Their plan for Humpty Dumpty can start when Aleah’s one is paid full : just send me a request in an email to notify me if it is your choice.
Three plans are available for Miss Humpty Dumpty : 2 payments, 3 payments and 4 payments. A payment every month and all will be automatic thank to my new great paypal button for layaways!
BUT, for those who want more than one Humpty Dumpty, I will propose special plans till 6 payments. And of course, again for those who adopt more than one Humpty Dumpty a special discounted price will be proposed, for it is the least I can do.
Now about Aranud and Louise, ( photos in a previous post), I will allow those who adopt one of them, as they have the same body, to buy the other faceplate alone ( without a second body if you don’t want it.)
Again for more than one complete doll, a special discounted price will be proposed and the same layaway plans than for Miss Humpty Dumpty will be available, of course.
Louise and Aranud will be taller than Page who’s 14inches tall and has a different body ( and who’s actually in casting process to get the samples) BUT they will be SMALL MSD. I always work in a very small scale and I will publish comparative photos to allow everyone to know precisely the size.
About the hands and feet of Louise and Aranud, I don’t know yet how they will look like. I ordinary “let the doll decides” who she wants to be… So, I’ll see ^^
Only Aranud is an elf. Not Louise who is; so far and from her ears, human.

My next project after these will be a TINY. When I say Tiny… It will REALLY be tiny and it will be an elf. I’ll post more about this soon.
For now I am working on a secret project as many knows, but NO, it is not that Tiny BJD I plan to make very soon. I am sorry I cannot tell a word of this secret project and cannot give news about this as I am not the only one involved in it. In fact, it is the very first time I do not work alone and must say that it is a PURE BLISS. I will unveil everything, but not now….
About the numbers of dolls I produce; Yes, I intend to keep my dolls in very limited series and only ONE preorder will be available; two AT MOST, if many collectors of mine request a second but it will be rare. So, yes, it’s now or probably never ^^

Therefore, if you are interested in Miss Humpty Dumpty, I invite you to send me an email to be in the list for her, and also if you have any unanswered question ^^

Noooooooooooooow… It is time to show Miss Humpty Dumpty final photos of her prototype. I hope you’ll enjoy her as much as I did playing with her ^^ You can notice on these pics that she is very posable as it is one of my priorities about my resin girls! 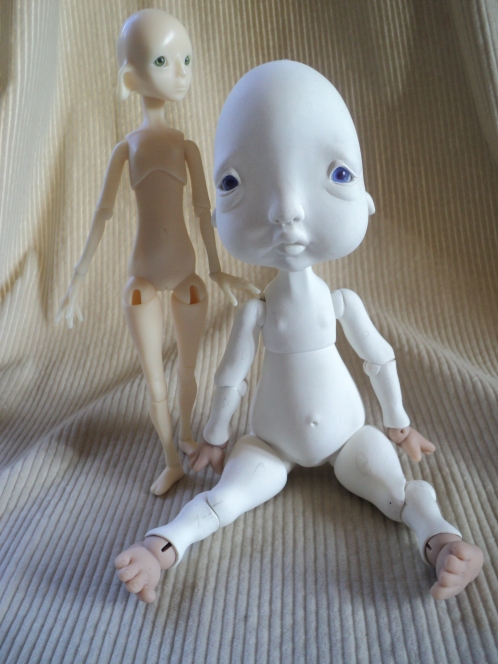 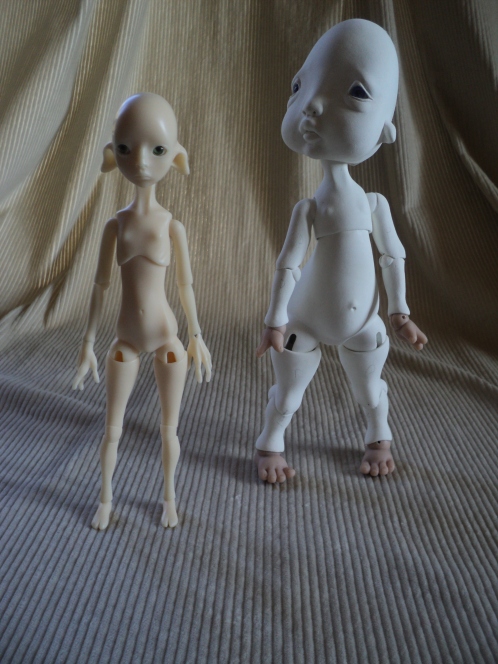 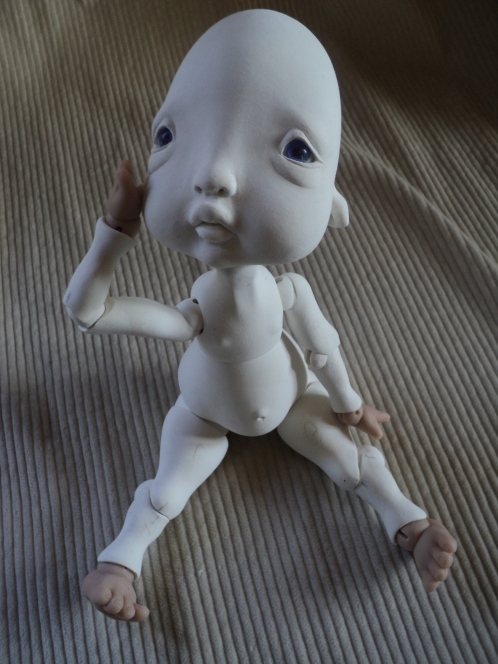 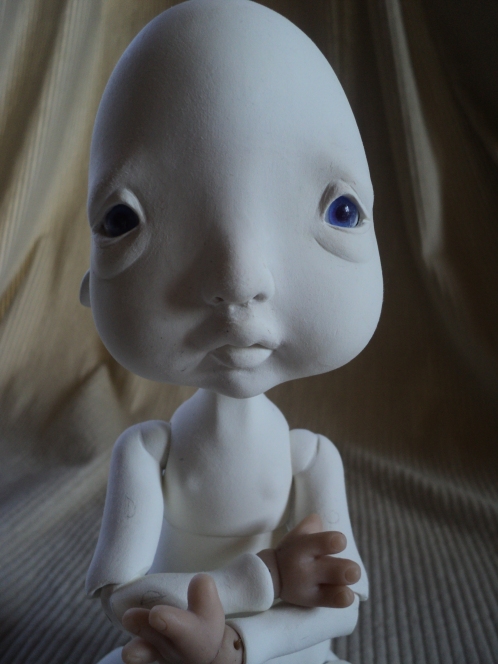 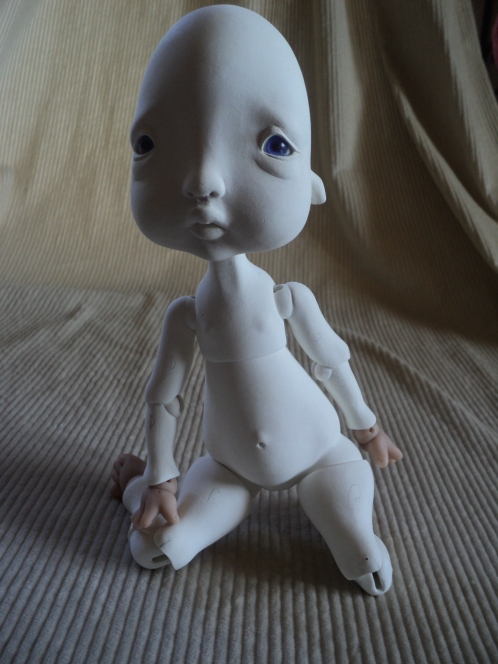 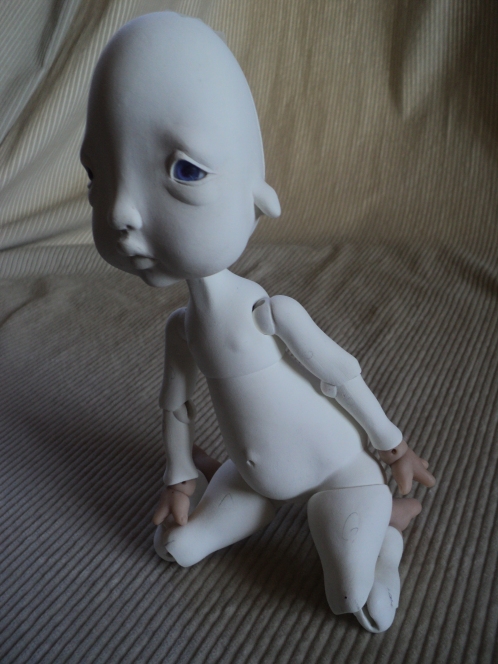 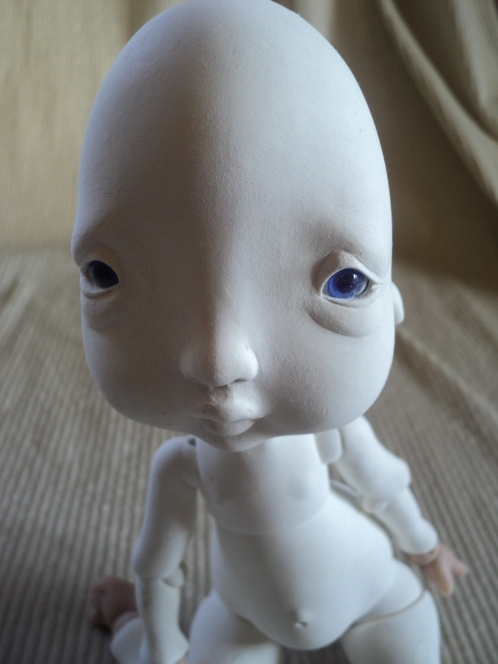 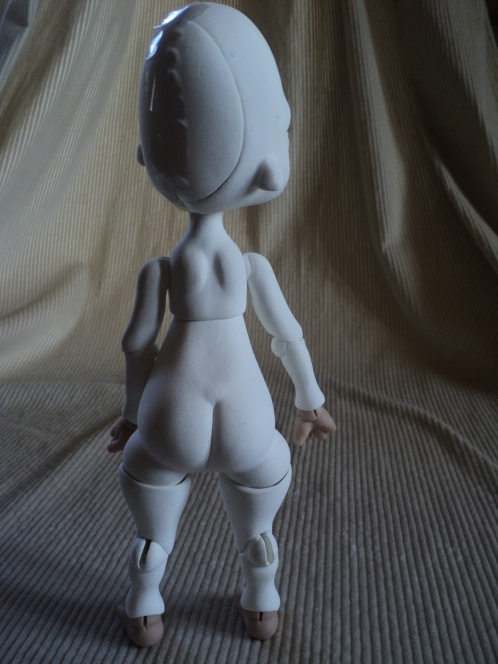 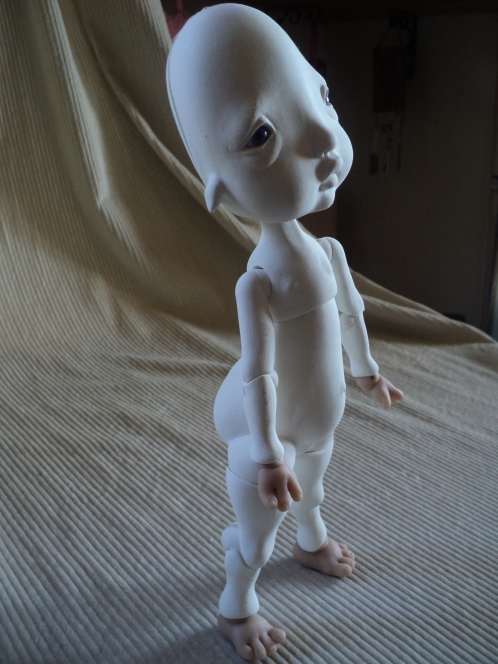 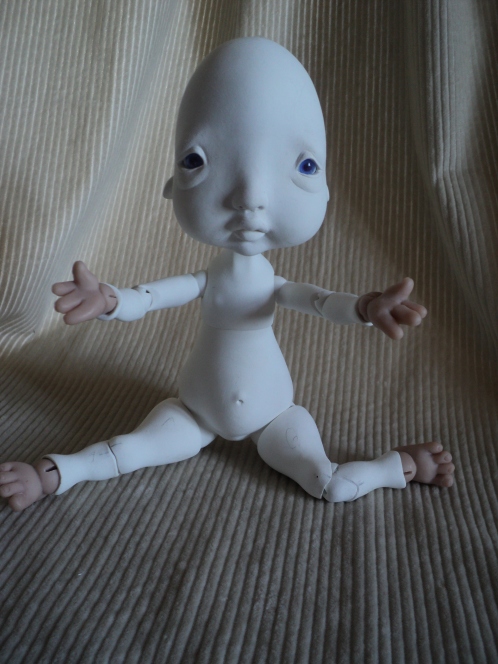 And now… For my very kind and sweet collectors… Here are Aleah eyecandies taken by My P<3. In Goodreau 8inches outfits, moxie, barbie top, riley clothing,Michelle Hardy, as My P<3 said : “she fits in some blythe clothing, most 8 inch clothing a little short but with bloomers or leggings very very cute, some barbie…the pink and green outfit is barbie juicy couture. All moxie girls. Disney fairy clothing, madame alexander 10 inch doll, old jill clothing from vogue. A lot of the japanese dressed 10 inch dolls from animation series. The girls of many lands clothing from american girl circa 1990… blue and harem outfits… They are retired but still sell on ebay. Blyth shoes, and 30mm shoes. Riley shoes. Riley clothing a little short but adorable.”
I personally ADORE the Goodreau Outfits I myself own, shoes and hats, for they truly fit extraordinarily to my Little Aleah ^^ 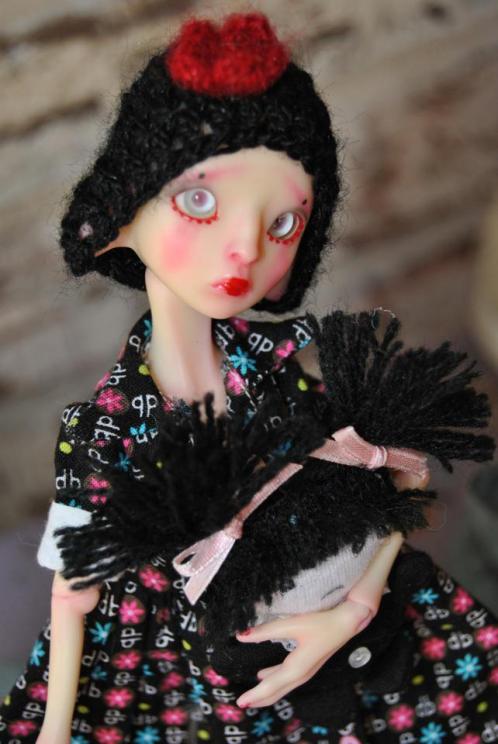 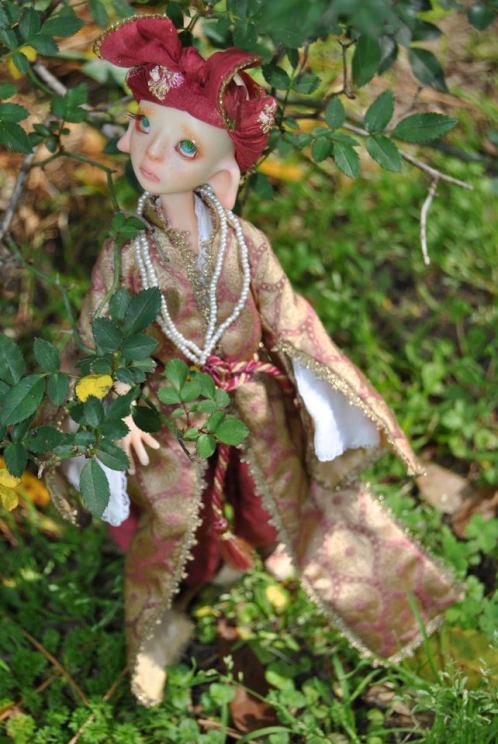 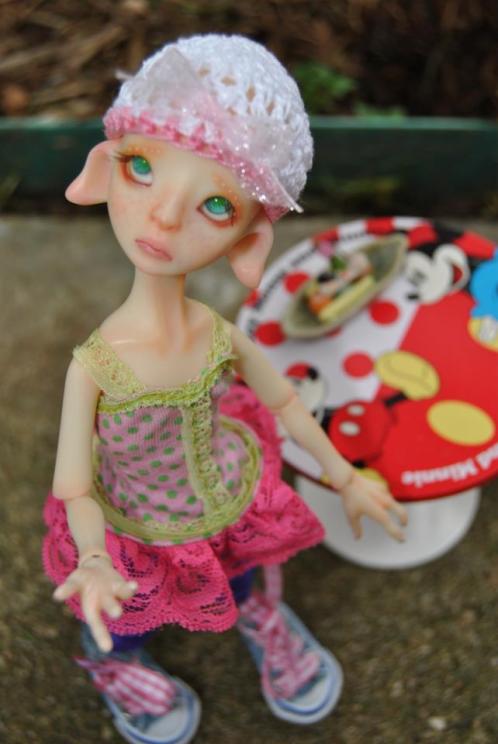